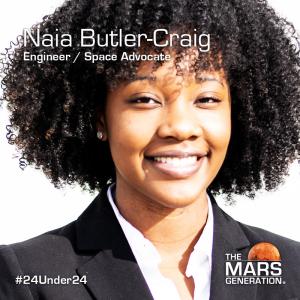 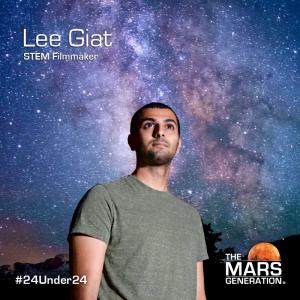 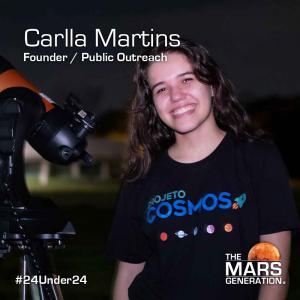 We know that, given the right tools and the right support, today’s youth can have a tremendous impact on changing the world both now and in the future.”
— Tory Bruno, CEO of United Launch Alliance

MINNEAPOLIS, MN, UNITED STATES, April 23, 2019 /EINPresswire.com/ — The Mars Generation (TMG) announced its second class of 24 Under 24 Leaders and Innovators in STEAM and Space Award winners. The group is comprised of young people from around the world who are breaking barriers in science, technology, engineering, arts, and math (STEAM) fields and bringing the sciences to the public through multidisciplinary interests. The youngest winner of this international recognition is 13 years old. To qualify for consideration nominees must be members of TMG’s Student Space Ambassador Leadership Program, be under the age of 24 and be involved in work or a project that is focused on STEAM.

“The 24 Under 24 awards elevate youth accomplishments in STEAM fields, empowering and encouraging them to continue working for a brighter future,” said Abigail Harrison, Founder, The Mars Generation. “This year’s 24 Under 24 are doing exceptional work in STEAM, and perhaps even more importantly, in bringing STEAM interest and education beyond their computers and labs, including to rural towns and underrepresented communities.”

Sponsored in 2019 by the United Launch Alliance, the winners for 24 Under 24 are involved in a variety of STEAM interests, including designing mobile apps for social causes, founding nonprofits for science education and inclusion, building open-source lead detection technology, 3D printing prosthetic limbs, developing multi-state star party programs, and facilitating in-class programs in areas of the world where science education has not previously been a priority.

The winners are not only active in academic communities, but also in helping to lift up underrepresented voices–inspiring young people to reach for their goals, improving accessibility in STEAM fields, and creating films or writing books about their discoveries. The 24 Under 24 embody the philosophy of “going above and beyond”–many of them founding their own organizations and/or mentoring young people.

“Working with the 24 Under 24 awards program to identify and catalyze the efforts of young people in STEAM is important to innovation and advancement of industries worldwide,” said Tory Bruno, CEO of United Launch Alliance and The Mars Generation Advisory Board Member. “We know that, given the right tools and the right support, today’s youth can have a tremendous impact on changing the world both now and in the future.”

“Like those youth honored in our inaugural 24 Under 24 class, this year’s winners are ambassadors of The Mars Generation mission to build a stronger tomorrow by energizing our youth today about space and STEAM no matter what it takes,” said Harrison. “STEAM changes the world, and so do people who not only innovate, but also share ideas with passion. That’s what 24 Under 24 is about, and how our 2019 class shines.”

About The Mars Generation
The Mars Generation is a volunteer-driven 501(c)(3) nonprofit with an advisory board that includes astronauts, engineers, scientists, and professionals from the nonprofit and business communities. Reaching millions of people since 2015, the organization has served students and adults from around the world through multiple programs, including the Student Space Ambassador Program, Future of Space Outreach Program, and Space Camp Scholarship Program. The Mars Generation is supported by private donors, members, influencer work, and major corporate sponsors. Through an innovative approach of leveraging new media technology and providing engaging content and programs, the organization aims to excite and educate students and adults about the importance of human space exploration and STEAM education to the future of humankind.

For more information on The Mars Generation, go to: TheMarsGeneration.org

About United Launch Alliance
With more than a century of combined heritage, ULA is the world’s most experienced and reliable launch service provider. ULA has successfully delivered 133 satellites to orbit that provide Earth observation capabilities, enable global communications, unlock the mysteries of our solar system, and support life-saving technology.