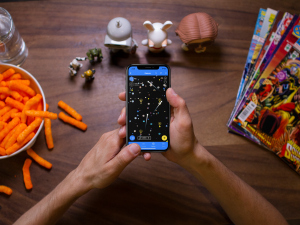 Create spaces about anything and everything you love

After an extremely successful year, $2.3 million in investment, 50,000 early-access users, and countless media buzz, Uhive will launch its beta app in October.

The enterprise that does not innovate ages and declines. And in a period of rapid change, such as the present, the decline will be fast.”
— Peter Drucker

Coming off an extremely successful year which saw $2.3 million in investment, tens of thousands of early-access users, and countless media buzz, Uhive is set to launch its beta version in October.

Uhive is thriving precisely because it continually breaks boundaries and shifts the perception of what it means to be a social network. In doing so, it has become one of the most disruptive startups within the vibrant world of social media and is projected to increase its user base to 5 million within one year of its launch.

Uhive has five main features which differentiate it from current and other emerging social media startups:

1. Metaphysical dimensions within the application.

When you use Uhive, it’s more like exploring spaces on a map instead of scrolling through an app or clicking on a website. When logging in, you’re greeted by a series of 26 different interests, ranging from music, history, astronomy, gaming, to comics and anime, within which you can explore posts and content. Open up “Movies” and explore different spaces within the map dedicated to discussions on different films, or travel to the “Art and Architecture” interest and view images and videos exploring different buildings and portraits.

Each user can create as many spaces as they wish within an interest, a personal hub through which they can post and display content related to the subject. These spaces are metaphysical in terms of spatial exploration, they appear as such within a map you explore in the Uhive application. The set-up is refreshing, innovative, invigorative, and plainly fun.

2. A “Grey World” setting
Users can choose one of two worlds within the Uhive application. In the “Grey World”, users can create imaginative, expressive profiles that are not bound to the realities of the Civilized (real) World. With these personas, users can interact anonymously with other similar users within the Grey World. This is a powerful means of self-expression and creativity, and allows individuals the chance to be anyone or anything they want to be.

The other option, the “Civilized World” functions as a traditional social media setting whereby users create non-anonymous profiles actually reflective of themselves.

3. A digital economy and currency

Uhive has an internal economy within which users can make certain economic transactions within the social network. The “Uhive token”, the currency of the app’s digital market, can be used to purchase additional spaces, subscribe to other exclusive ones, advertise, and purchase special effects and features. Users are given a certain amount of tokens to begin with, and have the opportunity to earn more through content creation and engagement as well as monetary purchases. As of today, over 50,000,000 tokens have been sold. All tokens are stored in an ultra-secure “Uhive token wallet” within the app.

Thirty percent of all advertising revenue is shared with users based on activity levels and engagement. The time you spend creating content, interacting with other users, and sharing media directly goes towards your Uhive Token Wallet. In the modern-day world, it’s unacceptable for the users who sustain and create value within a network to be unrewarded for their efforts. Uhive knows users are at the core of its value, and rewards them accordingly.

The interface of Uhive is completely future-proof compatible with virtual reality technologies across the globe. This means that soon after release, users will be able to explore the Uhive universe with devices like Oculus, Vive, Playstation VR, Samsung Gear VR, and Google DayDream.

"The enterprise that does not innovate ages and declines. And in a period of rapid change, such as the present, the decline will be fast. – Peter Drucker"

We are already seeing the above come true with the “old guard,” and while these platforms have changed little since their inception, Uhive is breaking the mold and offering fresh new features.

Interested in what the hype is all about? Find out for yourself and download Uhive on iOS and Android today.