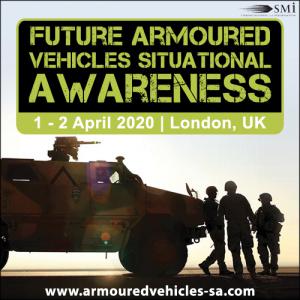 SMi Reports: Senior representative from the UK MoD will be presenting updates on the LE TacCIS programme at the conference in London, next April

The biggest early bird discount of £400 is expiring on Friday 13th December 2019. Register at http://www.armouredvehicles-sa.com/einpr3

The UK’s LE TacCIS programme is focused on two end benefits for the British Army; improved operational effectiveness and reduced whole life costs. Military commanders in the Land Environment will be enabled by agile ICS, allowing for informed and timely decisions.

For the brochure with the two-day agenda and full speaker line-up is available to download at http://www.armouredvehicles-sa.com/einpr3

For sponsorship and exhibition enquiries:
Please contact Sadia Malick on +44 (0) 207 827 6130 or email smalick@smi-online.co.uk

About SMi Group: Established since 1993, the SMi Group is a global event-production company that specializes in Business-to-Business Conferences, Workshops, Masterclasses and online Communities. We create and deliver events in the Defence, Security, Energy, Utilities, Finance and Pharmaceutical industries. We pride ourselves on having access to the world’s most forward-thinking opinion leaders and visionaries, allowing us to bring our communities together to Learn, Engage, Share and Network. More information can be found at http://www.smi-online.co.uk