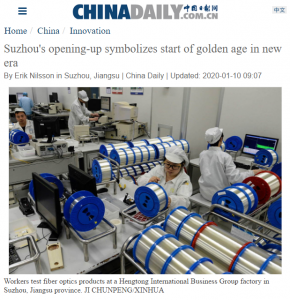 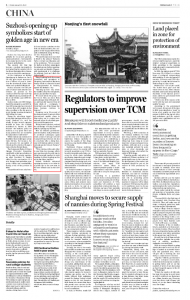 SHANGHAI, SHANGHAI, CHINA, January 17, 2020 /EINPresswire.com/ — Recently, at the Conference on Further Opening-up in Suzhou, the city government announced tens of billions of yuan in incentives for investment, talent, innovation and special development, and attracted many media friends at home and abroad.

Wang Lianghua, head of overseas investment and operations at IBG and Chen xinggong, Vice President of International Cooperation Dept. at IBG was interviewed by China Daily.

Suzhou’s degree of openness is remarkable. Each year its total import and export value steadily accounts for more than half of Jiangsu province and equals to nearly one-tenth of the country.

As a major city in the Yangtze River Delta, Suzhou is advancing the principle of further opening-upand is set to play an even greater role in the years to come.