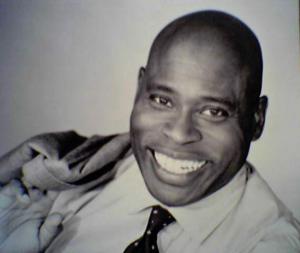 LOS ANGELES, CALIFORNIA , USA , July 7, 2020 /EINPresswire.com/ — He wrote his media-heralded book, JACK AND JILL, WHY THEY KILL, after his four-year doctoral research inside California's youth prisons, on girls and boys incarcerated for homicide and murder. He has discussed bullying, campus behaviors, teacher training, and other pressing school safety issues on "Good Morning, America"; "NBC Today"; "Bill O'Reilly Show"; "ABC and Deborah Duncan"; "CBS Eyewitness News"; CNN; and MSNBC. Megan Kelly, then on Fox News, reached out to him following the tragic Sandy Hook Elementary School shooting. As a public speaker, he has been with the renowned Jodi Solomon Speakers Bureau since 2001.

He is Dr. James E. Shaw, and why does he think a current Wall Street stock may inspire elementary and high school teachers with new classroom ideas? Shaw says, "After reading information about the STAN LEE UNIVERSE, represented by a Wall Street stock called "Genius Brands" (GNUS), I said, 'Great! Teachers everywhere might see possibilities for using the late and great Stan Lee's Kartoon Channel! and the characters in Avengers Endgame, Ms. Marvel, Black Panther, and many more, to inspire and motivate their students with fresh and new ideas for acceptable and safe social and personal conduct."

Since 2003, Shaw has been on the Panel of Experts of the Los Angeles Superior Court. He has also been called to consult on cases for Military Courts-Martial and the United States Court. He also teaches Psychology in university doctoral programs (Cal Southern University and the Chicago School of Professional Psychology). Shaw is a former Director of Child Welfare and Attendance for the Norwalk-La Mirada Unified School District. As part of his duties there, he also served on the Norwalk Multi-Gang Task Force, and conducted Truancy Court at the Norwalk Superior Court.

Shaw says that in his career as an educator, researcher, and expert witness, "I have often seen and worked with human beings at their worst." Shaw adds, Currently, turbulent times are all but consuming us. We are experiencing national and international protests over the increasing near-epidemic of police officers shooting-to-kill black Americans, as well as the as-yet uncontrollable COVID-19 virus." Through STAN LEE UNIVERSE, teachers everywhere might possibly find fresh and new ways to gain and keep the attention of their students and focus them on safe and workable personal, social, and intergroup interactions? Shaw answers, "Yes! Through STAN LEE UNIVERSE, teachers might find and adapt means and methods for inspiring and motivating their students." Shaw adds "psychologists, sociologists, police officers, rabbis and other members of the clergy, and university professors might also find gold nuggets in the STAN LEE UNIVERSE, to inspire and encourage their clients, congregations, and detainees."