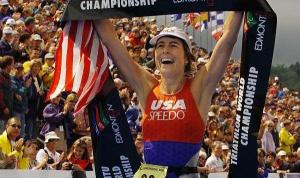 “Throughout my career, I’ve been on a personal mission to even the playing field for women in sports,” said Siri Lindley. “I’m proud of Obsesh for creating a home for every athlete who needs the opportunity and support to make money doing what they love. I also love that Obsesh allows athletes to share their knowledge and their own journeys to elevate others and ultimately bring new fans to their sport.”

“This has been an unprecedented year in the increasingly public battle for equality. Our mission is to level the economic opportunities for all athletes and players, including women and niche sports,” said Tracy Benson, CEO and CoFounder. “This group stands among the most influential women in sports right now. If Obsesh can give them the platform, tools, and sports technology to thrive on their own terms and to connect them to fans, we’ll change the game for every athlete.”

Obsesh removes the barriers for sports fans so they can discover, book, and gain personal access to their favorite idols through personalized video messages, online coaching sessions, and virtual classes. For the athlete, they no longer have to rely on just chasing brand deals. They now have the tools to strengthen fan relationships and make money to live and thrive on their own terms.

Obsesh is currently invite-only for top athletes and sports influencers. To enroll as talent, please sign up at https://www.obsesh.com/.

About Obsesh
Obsesh is a real-time sports platform that connects consumers to top athletes and personalities. Through our digital marketplace, we make it easy for sports fans to personally engage with the athletes they admire and level up their obsessions. Women-powered and backed by top global sports innovators, Stadia Ventures, and Austin-based Newchip Accelerator. For more information on Obsesh, visit https://www.obsesh.com/

About Siri Lindley
Known for her devastating run splits, two-time Triathlon World Champion, Siri Lindley, dominated the International Triathlon Union (ITU) World Rankings, winning 13 World Cup races between 2000-2002 and was the 2001 ITU World Champion. Siri won the World Cup Series both years by being the #1 ranked triathlete in the world! Having achieved all of her goals in professional triathlon competition, Siri began coaching in 2003. Her experience and talents in the sport have shone through with tremendous results, at all distances and with both elite and age group level competitors. Siri is also in demand and highly respected for her motivational speaking engagements. In 2014 Siri married the love of her life, Rebekah Keat. They live in Boulder, Colorado.

About Rebekah Keat
Rebekah was a pro triathlete for over 22 years with over 30 podiums including a two time junior world champion, 6 x Iron Distance Champion and 3 x National Champion. Bek still holds one of the fastest female times in history with 8 hours 39 minutes over the Iron Distance. Rebekah has been coaching for over ten years and competed at the highest level as a top 10 ranked international triathlete for over 10 years. The knowledge and experience she has gained in the sport along with her coaching style and techniques inherited from greats such as Siri Lindley make her a highly sought after coach.

About Alison Tetrick
Joining the USA National Team capitulated Alison into a career that both not almost ended her life, but also saved her life. In 2014, she placed 3rd at the UCI World Championships in the Team Time Trial and won stages at the Tour de San Luis in Argentina and the BeNe Tour in Belgium. She represented the USA at the Pan American Games. She was ranked by the UCI, the global governing body for professional cycling, in the Top 10 professional racers in the world. From the UCI World Tour, she began exploring all things gravel. She won her first gravel race at DK200, setting the current course record, and continued to become 3x Gravel Worlds Champion. In due course, Alison was crowned by event coordinators and the gravel community as the inaugural “Queen of Gravel”. Alison is dedicated to investing in the sport of cycling and serves on the Board of Directors of USA Cycling.

About Ellie Smart
At the age of fifteen, Smart packed her bags, kissed her family goodbye, and moved away from home to train in hopes of making her dream a reality. She went on to dive collegiately at the University of California, Berkeley, where she qualified for NCAA’s and won a National Championship with her team in 2015. She graduated with a degree in Media Studies. Still feeling like she had more to give in the sport of diving, Smart went cliff jumping for the first time and immediately realized that everything up to that point in her life had been preparing her for this. Smart began diving again, but with the intent to be a "high diver." Within a year, Smart became part of Team USA and is currently the youngest high diver representing the United States. She won a Bronze Medal at the 2018 FINA World Cup in Abu Dhabi and became a permanent diver on the 2019 Red Bull Cliff Diving World Series. In addition to her professional diving career, Smart is also a motivational speaker, travel blogger and environmental activist. She founded "Clean Cliffs" in 2017, which aims to prevent plastic pollution worldwide and inspire others to take action through adventure.