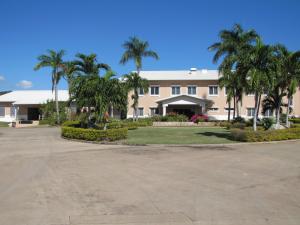 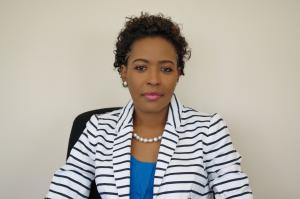 We believe we are being deliberately taken advantage of; with the benefit of hindsight, we would not have entered into a transaction, where Sagicor was both an investor and financier”
— Valrie Grant

KINGSTON, JAMAICA, January 29, 2021 /EINPresswire.com/ — Jamaican investor and tech entrepreneur behind the multi-million-dollar Marlie Technology Park in Old Harbour, Jamaica Valrie Grant, has called out the Sagicor Group for an attempted hostile takeover and sale of the property after reneging on their agreement to back the project with working capital to develop what was envisioned as Jamaica’s first tech-smart community.

"Marlie Technology Park has alerted its lawyers and is prepared to fight the matter vigorously in court”, said Grant, who is also a Geospatial Scientist and Owner of GeoTechVision.

She explained that in May 2018, phase one of the 68-acre Marlie Technology Park complex was opened in partnership with Sagicor Investments, which agreed to invest US$3 million through managed funds, and Sagicor Bank Jamaica, which would bankroll the project with a US$1.9 Million loan.

The Sagicor Group in a statement reported in Jamaica’s Financial Gleaner of May 24, 2018, said, “Sagicor Bank will continue to be the financial partner for Marlie Tech for further build out and acquisition".

“Those funds never materialized”, said Valrie Grant. “Furthermore, with a sharp decline in business arising from the COVID-19 public health crisis, Marlie Tech Park wrote to Sagicor Bank requesting a special facility to manage its loan obligations noted Grant. “We received no response to that letter; and were instead served with a demand notice with indications by Sagicor Bank that it can proceed to exercise its power of sale”, she added.

Grant pointed out that she had documentation to prove that a valuation done by Sagicor recently, listed the property at 50% of its market value in 2018.

“Since the notice of Auction published by Sagicor announced for December 10th at 10 am, Marlie Technology Park has secured financing and through our attorneys have provided Sagicor with the necessary commitment letter evidencing our preparedness to refinance the mortgage and to provide for the repayment of the mortgage debt in full.”

“Sagicor waited until December 9th to respond indicating that they are unwilling to accept the commitment letter and they are proceeding with the auction on December 10th.” Grant, was able to get an injunction and is now in the process of refinancing the loan but Sagicor is insisting if they are not paid by close of business on January 29th they will use their power of sale. This although the attorneys have advised that the transaction is being finalized and that an extension to February 15th is requested.

“We believe we are being deliberately taken advantage of; with the benefit of hindsight, we would not have entered into a transaction, where Sagicor was both an investor and financier”, she said.

Valrie Grant also noted that notwithstanding numerous warnings and attempts at intimidation, she will not roll over, and allow her vision of Marlie Tech Park to be destroyed, denying opportunities and jobs for thousands of young people and women in one of the most populous and fastest growing communities on the island.

“Marlie Technology Park at Old Harbour has the potential to generate robust economic activity and jobs for residents, many of whom currently have to commute daily to Kingston for work to secure their livelihoods”, she continued. “The entire complex is also an environmentally responsible space, and which when developed as an inclusive model community, will contribute to the achievement of several of the United Nations Sustainable Development Goals (SDGs)”, said Grant.