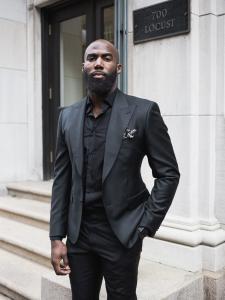 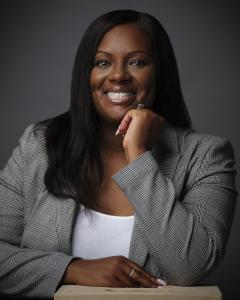 Ralonda Johnson, CIO of Malcolm Inc and co-founder and general partner of Broad Street Ventures, said the fund’s first six months have exceeded their expectations. “At Broad Street, we are very excited about the caliber of companies we have invested in. We are staying committed to our strategy of investing in high quality tech and consumer product companies alongside the top 20 VC’s and are thrilled about some potential exits we expect in the near term that should make our investors very happy. Our mission continues to be focused on providing access and opportunity in Venture Capital to black and brown investors as means to build generational wealth,” said Johnson.

Broad Street Ventures is a $10 million vehicle that allows black and brown investors access to some of the best tech and consumer product deals, as less than 1% of American venture capital backed founders are Black. The fund is being professionally managed by Mrs. Johnson and Jenkins along with a team of advisors. Their initial investment portfolio includes companies like Airbnb, Epic Games, Turo, NoBull, Automattic and ZenWtr.

“The culture in the NFL is that it’s taboo to talk about money. During my years with the Patriots, Devin McCourty and Duron Harmon became my big brothers so we talked a lot about community work, financial literacy and other personal things that guys don’t normally discuss in the locker room. I’ve carried the relationship and they came to me with this opportunity. After joining a couple of zoom calls with Ralonda and speaking with the McCourty’s and Duron, I thought it was a great opportunity. It is the first time I have seen players helping each other out with a business investment. This is special,” said Brissett.

“What attracted me most about BSV is that it’s giving me an opportunity to be more than an athlete. In doing so, it’s giving those who come after me, that look like me, a chance to see that with one Avenue, you can venture off onto other avenues; in my case, beyond the field. I love that I can show the next generation that we can create generational wealth if we can learn to budget strategically and plan with purpose, something that a lot of people of color in underserved communities unfortunately know nothing about,” said Harmon.

Malcolm Inc. is the holding company for two-time Super Bowl Champion and three-time Pro Bowl Safety Malcolm Jenkins’ off the field business portfolio, philanthropic and brand partnerships with a diverse and robust roster of companies in Media, Tech, Apparel, Restaurants, Real Estate and Education. Collectively, the executive team brings over 65 years of operational, entertainment, philanthropic and investment experience. The slate of companies in Jenkins’ portfolio include LISTEN UP MEDIA, a multimedia production company with the mission to showcase and distribute content that seeks to entertain while creating social awareness around systemic issues in society; BROAD STREET VENTURES, a $10 million investment vehicle funded entirely by Black and Brown investors including a group of fellow NFL player​s; DISRUPT FOODS, a multi-unit franchise developer and operator of quick service restaurants aiming to level the economic playing field for Blacks and Hispanics through franchise ownership; E&R REAL ESTATE GROUP to expand black ownership of land and real estate across the U.S., DAMARI, a custom clothing company including ready-to-wear and made-to-measure men’s and women’s suits, and THE MALCOLM JENKINS FOUNDATION, a 501(c)3 public charity founded in 2010 by Jenkins with a mission to effect positive change in the lives of youth in underserved communities. For more information, visit https://malcolminc.com/.