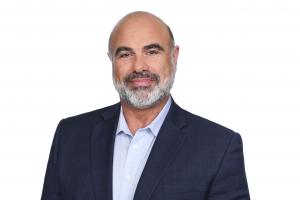 Experienced entrepreneur Peter Goldstein draws on his vast knowledge and helps businesses take their operations to the next level, reaching new markets.

Companies do not have to have a certain size and scope but what they do need is a certain valuation that makes them attractive enough to reach the minimum listing value.”
— Peter Goldstein

AMSTERDAM, NORTH HOLLAND , NETHERLANDS , May 9, 2021 /EINPresswire.com/ — With more than 30-years of experience as both an entrepreneur and capital market executive, Peter Goldstein has a varied and successful business career. He has served as an investment banker, founder, director, chief executive officer, and consultant to public, private, and emerging companies within the United States and international markets.

“I’m now at a stage of my life where I have created a platform called Exchange Listing, which is designed to work with entrepreneurs around the world that want to create a public liquidity event on a senior exchange such as NASDAQ and the New York Stock Exchange. So we are unique in what we do. We love working with entrepreneurs who have the goal of listing and facilitating with a unique hands-on structure towards not only achieving that goal but trading as a sustainable public company,” said Goldstein whilst speaking on the Billionaires in Boxers Global Podcast with Phil Pelucha.

Goldstein believes that the ability of a business to go public depends on having innovative leadership with a proven track record in producing results that lead to increased revenue over time. Notably, he looks to work with companies that possess a distinct competitive advantage.

“Not just a competitive advantage but specifically in a market sector that is poised for high growth. If you have an advantage in an industry that is on a downturn, it is difficult to be an emerging growth company. We want to see that the business model has demonstrable traction in the marketplace. There should be some recognition and proof that a business has a pathway that can have accelerated revenue, not just short-term but also year after year for the next 3-5 years. We stick with the fundamentals. A lot of people want to overlook the fundamentals and get to the sizzle and sex appeal. I like to have a combination of both,” he said.

One of the misconceptions people have about taking a company public, he says, is that they have to be a considerable size. Instead, he prefers to work with companies from an early stage, assisting them with the quantitative and qualitative components required to list a company.

“There are no stated revenue requirements or earning requirements for a company to list. Companies do not have to have a certain size and scope but what they do need is a certain valuation that makes them attractive enough to reach the minimum listing value. The valuation is based on several things which are separate and distinct from their current revenue as it stands together,” he said.

One of Goldstein’s strengths is that he enjoys getting involved with companies from different locations and cultures worldwide. As a result, there are no geographical limitations with the types of businesses that he will collaborate with. “We are working with people all over the world. For example, we just took on a new client from Malaysia that works in the FinTech sector. They’ve taught me a lot about South East Asia, which is hot, industry-wise, and geographically for FinTech. So we get to be parachuted, working with dynamic entrepreneurs,” he said.