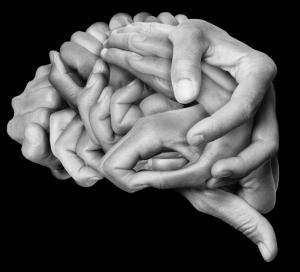 The Workers Union has adopted a small footprint model that means we are a natural choice for workers concerned about the environment. We work hard, but we tread lightly upon the Earth.”
— Colin Mahoney

The Workers Union has announced a series of new measures designed to push back the frontiers of digital union innovation.

After the tangible success of its industry-leading member dashboard, the organisation is building on its reputation for user-led services by employing digital engagement strategies that harness the power of modern technology. These ‘new technologies’ allow The Workers Union to canvass new and existing members on important issues, and create appropriate policy responses.

Director General of The Workers Union, Colin Mahoney, said: ‘We have led from the front in creating a truly cutting-edge system of engagement that puts the needs of our members above all other considerations. We’re able to do this because we are nimble, digitally literate and responsive, this is just the beginning. Unlike traditional trade unions, we don’t need to maintain ancient structures with their roots in the early 20th Century. Our approach has been, and always will be, to use tomorrow’s know how to understand today’s problems.’

These developments are very much in keeping with Mr Mahoney’s track record of innovation in the digital space. In a career that’s seen him use technology to create significant opportunities for mass engagement, The Workers Union seems like a natural progression. However, he cautioned against seeing this is as merely a technical exercise.

‘The modern world offers us the chance to connect with one another in ways that were inconceivable even a few generations ago. But without any moral imperative, it can fast become a trap for the unwary. That’s why The Workers Union has been constructed from the ground up with the sole purpose of helping our members. It’s tech driven, but tech that’s informed by a strong, socially responsible purpose.’

Mr Mahoney was also keen to stress that the benefits of digital also encompasses other social and environmental concerns.

‘Moving in the digital space offers us more flexibility in the way that we respond to the concerns of our members. But it also means that we can stay lightweight and maintain our position as good corporate citizens. The Workers Union has adopted a small footprint model that means we are a natural choice for workers concerned about the environment. We work hard, but we tread lightly upon the Earth.

‘We very environmentally conscious. In our organisation there are no power-hungry office complexes or fossil-burning commutes for our staff. We’d rather keep our cost-base low by keeping our carbon footprint low, so that we can continue to invest resources into further development and offer more quality services for our members as we continue to grow.’

This ultra-modern approach is backed by recent trends, that show a marked increase in the number of pop-up organisations entering the field of employee assistance. Some of these are employee-led movements harnessing the power of the internet to share knowledge and best practice. Others position themselves as using the reach of the digital age as an instrument of social change. What they all have in common, is a burning desire to muster people power via the free exchange of information and ideas, and reflect the views of their members in the type and quality of services that they offer.

Mr Mahoney said: ‘We saw the potential for this to happen some years ago – it was just a question of waiting for the right time for the tech to catch up with our ideas. Now that COVID-19 has switched most people on to a ‘digital first’ mindset, we’ve seen the results in the numbers of new joiners and the interaction we’re able to have with them. But this should not be seen as the culmination of what we want to do – far from it. This new reality presents opportunities to really get inside the old ways of working and kick them down from the inside. Traditional unions have noticed what we’re doing, but the limitations hard coded into their resource-hungry models mean they may struggle to adapt as quickly in this fast changing union landscape.

‘While we carry on listening to our members and giving them the kind of services they want, we expect the shift from traditional unions to keep moving in our favour. It’s what keeps us motivated to stay ahead of the competition.’