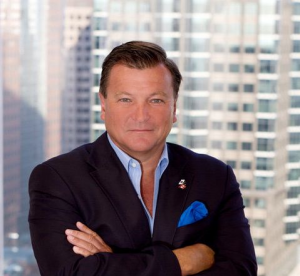 Using their unique approach to work, Hitlab aims to create opportunities like never seen before for the next generation of musical superstars

Two years ago, people thought we were crazy for using AI to determine a hit song. But, we stuck it out, and we’ve got a terrific opportunity ahead of us.”
— Richard Groome

HITLAB is an artificial intelligence ecosystem for the entertainment industry with proprietary technology to create strong interactions between consumers and brands.

“We use algorithms to determine what a hit song is. The algorithms were purchased about 13 years ago and initially used in the mining business as a predictive tool to discover new metals, minerals, and mines. Then, we used it for music and developed a scoring system. We did numerous tests and proof of concepts with the Grammys and Boston Red Sox. Two years ago, people thought we were crazy for using AI to determine a hit song. But, we stuck it out, and we’ve got a terrific opportunity ahead of us,” said Executive Chairman Richard Groome on the Billionaires in Boxers Global podcast with Phil Pelucha.

HITLAB, considered an online social network service portal, allows bands and musicians to promote and advertise themselves whilst also providing feedback for each other. Using their DHS (dynamic hit scoring), they utilize artificial intelligence, determining whether a song has the key ingredients to be a commercial success. This helps artists save time and reduce their stress significantly by giving them an idea beforehand of whether their material is worthy of success.

“There are amazing unknown talents all around the world. By using our technology, they can immediately know where they stand within two minutes. Our technology analyzes the song against the A3 parameters, which make up the DNA of a song regardless of its style and language. Then, they are compared to similar songs that have made the Billboard Charts in America and worldwide. We are a democracy of music and where music meets technology,” said Hitlab President & CEO Michel Zgarka.

Understanding the fact that wealth inequality exists throughout the world, HITLAB has also devised a creative strategy to ensure that artists worldwide are not priced out of the opportunity to be part of the community.

“The question is what do we do with artists that don’t win, which realistically will be over 99%? We realized that we don’t want to discourage them, so we are now creating an academy using AI and algorithms. We will develop a series of courses which will help our artists to improve in terms of song, lyrics, and beat. We are very excited about this and will price our courses according to the G.D.P per capita of the country that the artists come from,” said Groome.

HITLAB is constantly innovating and improving its offerings to remain relevant and pioneers within its niche as a brand. As the pandemic begins to subside throughout the world, they plan to launch a DEAS (Digital Emerging Artists Showcase), which will be entertaining and provide artists worldwide the opportunity to compete and showcase their talent to a broader audience so they can improve.

“Season 1 is going on now, whilst season 2 will start early in 2022. All the broadcasters we conversed with had the same reaction. They will be able to put identical shows everywhere. If you have a broadcaster in the US with branches in Europe, South America, and Africa, they will already have the platform to do the show. The participant in the US could be singing in eight different languages, which will be the same in Africa or another continent. There will no longer be geolocalization of languages,” said Groome.