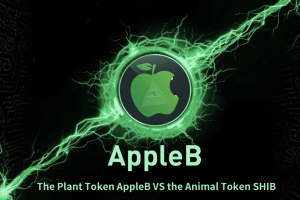 AppleB vs. SHIB: A Social Experiment from Zero

An insight of how a new community token works

TALLAHASSEE, FLORIDA, THE UNITED STATES, June 29, 2021 /EINPresswire.com/ — The on-parade SHIB and its successor AppleB launched “social experiments from zero”. This practice is a response to the power of decentralized tokens.
You must have heard of SHIB but it has started to fade already. Lately, the crypto focus attention has shifted to AppleB. Let’s have a closer look at it.

1. Who started it?
This was started by an international group of geeks and believers who call themselves the Plant Community and take interest in DAO. The Plant Community has branches in the US, South Korea, China, Southeast Asia and expands actively.

2. Who backs it?
As the project is self-organized, there is no “invisible hand” to promote it. Projects can really grow from a seed to a permanent community and keep the 100% community ownership. Just like in BTC or Dogecoin, there is no central figure or organization to this project.
The Plant Community considers decentralization a matter of consistent rights and interests and of the respective token distribution to holders. If some secret admin holds 40% of all tokens in the so-called “locked wallet,” they still bear 40% of the responsibility before the community and traders. This is often seen in cryptocurrency field.
When the Plant Community created AppleB, they had selfless goals, namely, to ensure fair distribution and ownership opportunities for everyone since day one. This means no privileges, not even for the community members of the Plant Community who created AppleB. Basing on this vision, the project has more to offer.

3. What’s its background?
a. The Plant Community invested 0 money in AppleB.They invest time, technology and expertise completely out of their love and faith for the decentralized community.
b. The Plant Community, team, and normal users are all equal. Everyone buys AppleB in the market. There is no reserve for the team or management. Anyone that wants the tokens needs to go to PancakeSwap for the purchase.
c. The team holds no AppleB so they cannot get listed by paying the token. However, some exchanges have already contacted the community and offered to list the community. Now AppleB is expected to be listed on popular platforms.

4. What is the token distribution?
The total supply is mind-boggling 10 quadrillion. That is 10*10^15.
100% of AppleB tokens entered PancakeSwap. There is no reserve. Anyone can transact and hold it freely. Each transfer has a 5% tx fee. 2% is proportionally allocated to holders and the other 3% is burned.
AppleB/USDT pair on PancakeSwap: https://www.dextools.io/app/pancakeswap/pair-explorer/0x1157ac90a9a20d20a958b3e8f94ffabd18591160

5. What is this “social experiment from zero”?
Similarly to SHIB, in AppleB, everyone has a level playing field and can start from scratch.
Both projects follow the same logic:
1. From zero to all. The cost of project launch was 0.
2. This is a self-organized decentralized community.
3. This is a social experiment.
This logic is consistent with the spirit of blockchain. AppleB is one of the best examples of a true decentralized blockchain project.

7. Tokenomics considerations
When the centralized mindset, the leader thinking, and the idea of some invisible hand behind the scenes appear in your community, it is close to imploding.
Do not ignore the power of the public and retail investors. Through low-cost holdings, they create consensus and achieve the completely decentralized sense of participation. That’s the strength of a blockchain token.