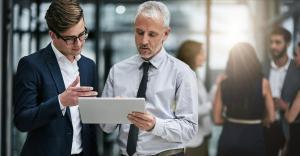 Microsoft has announced that support for Windows 10 will end on October 14, 2025, in preparation for launching a new version of Windows this year.

NEW ROCHELLE, NEW YORK, USA, July 1, 2021 /EINPresswire.com/ — Microsoft has announced that support for Windows 10 will end on October 14, 2025, in preparation for launching a new version of Windows this year. This contains both the Home Pro and Education Pro editions of Windows 10 and the Workstation Pro edition. This information has been included in the official Windows 10 documentation provided by the firm.

The business has updated its written documents to reflect Windows 10 Pro and Home's "obsolete" dates. The current version of Windows for Microsoft Windows 10 Home, Pro, Pro Education, and Pro for Workstations will be discontinued on October 24, 2025, according to Microsoft's Windows 10 Home and Pro support literature. This means that by 2025, all development and security updates for Windows 10 will be obsolete. Windows Server is based on the Windows 10 operating system. This comes barely a month after Microsoft CEO Satya Nadella discussed "next-generation Windows" at the Microsoft Build 2021 conference.

The Recent Change by Microsoft

Microsoft has recently switched from x86 CPUs to ARM; therefore, a new version of Windows is the most realistic option. To meet the needs of mobile CPUs, the company developed Surface-branded devices that run customized versions of Windows better suited for those types of processors.

Microsoft has revealed plans for a new event on June 24 on its website. On occasion, the business plans to underline everything that is forthcoming under the banner of 'Windows.' The most significant change that comes with using an operating system that has reached the end of service is that your computer will keep working. Still, it will be less secure as you will not be getting new security fixes or other quality improvements.

Significant changes to an operating system are frequently accompanied by UI changes and a new capability exclusive to that iteration of the OS. When Microsoft released Windows 10, the company declared that it would be the operating system's final version. According to a new teaser, Windows 11 will be introduced before the end of this month. Additionally, this future version of Windows is projected to adhere to Google and Apple's design standards. Each year, the two corporations produce a new version of their operating systems with improved vocabulary and feature sets.

Microsoft stated unequivocally that Windows 10 – Home, Pro, Enterprise, and Education — will be phased out on October 14, 2025, or four years and four months from now.

A blue-boxed note supplements the "it's ending" statement by assuring users that "Microsoft will continue to maintain at least one Windows 10 Semi-Annual Channel until October 14, 2025 (emphasis added)."

However, this date — at the very least the month and year — was associated with the end of Windows 10 since, well, forever.

Weeks before the July 29, 2015, launch of Windows 10, Microsoft announced that the OS would receive updates for ten years, until October 2025, in the typical Mainstream and Extended support periods of half a decade each. (Exactly how Windows 7 and all previous versions of Windows were.)

As Computerworld reported in July, Microsoft's accounting of the ten years of support for Windows 10 addressed the company's previously confusing claims about support. Since January 2015, Microsoft has stated that Windows 10 would be supported "for the supported lifetime of the device," a brand-new term that it has stubbornly refused to clarify despite repeated requests.

Indeed, as per the Internet Archive's Wayback Machine, the support URLs reported by Thurrott.com and echoed by other sites have featured the October 14, 2025, date and even the underlined warning since at least October 2020.

During build 2021, Nadella highlighted Microsoft's upcoming Windows App Store, stating that it will "unleash a better economy for developers and producers of Windows." Microsoft is rumored to be considering enabling third-party commerce systems for apps, allowing developers to escape Microsoft's 15% cut on apps and 12% charge on games.