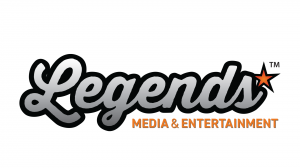 “We are thrilled to be able to provide a forum for our Legends and to see the continued success and growth of Legends Media & Entertainment and Legends Studios as a result of that access,” said Scott Rochelle, President and CEO, NBRPA. “These stories and recollections, coupled with Trill’s enigmatic personality and reach are key reasons for our success and our Legends’ unfiltered and genuine stories will undoubtedly provide fans with some amazing entertainment.”

Launched in August 2020, Legends Media & Entertainment (LME) is the NBRPA’s multifaceted story-telling platform producing, distributing and quantifying the wide-reaching stories of many of the NBA and WNBA’s biggest stars, spanning various eras in basketball history.

Trill Withers (Tyler Johnson) is a graduate of the University of Kentucky (Go Cats!) and lives in the Atlanta area. When he’s not tweeting, he enjoys live sporting events, traveling and thinking about when he can tweet next.
About the National Basketball Retired Players Association:
The National Basketball Retired Players Association (NBRPA) is comprised of former professional basketball players from the NBA, ABA, WNBA and Harlem Globetrotters. It is a 501(c) 3 organization with a mission to develop, implement and advocate a wide array of programs to benefit its members, supporters and the community. The NBRPA was founded in 1992 by basketball legends Dave DeBusschere, Dave Bing, Archie Clark, Dave Cowens and Oscar Robertson. The NBRPA works in direct partnerships with the NBA and the National Basketball Players Association. Legends Care is the charitable initiative of the NBRPA that positively impacts youth and communities through basketball. Scott Rochelle is President and CEO, and the NBRPA Board of Directors includes Chairman of the Board Johnny Davis, Vice Chairman Dave Cowens, Treasurer Sam Perkins, Secretary Grant Hill, Thurl Bailey, Caron Butler, Jerome Williams, Shawn Marion, David Naves and Sheryl Swoopes. Learn more at legendsofbasketball.com.
To follow along with the NBRPA, find them on social media at @NBAalumni on Twitter, Instagram, YouTube and Twitch or on Facebook at NBA Alumni.