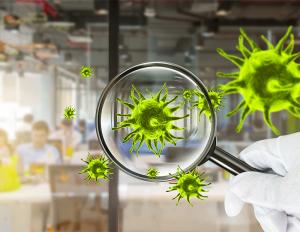 Unclean air is responsible for too many deaths, but the answer is here.

Air filtration is one of the best steps that you can take in the process of reducing your air pollution exposure, especially given that indoor air pollution is 2-5 x worse indoors than outdoors”
— OKTOair

DUBLIN, CO. DUBLIN, IRELAND, July 13, 2021 /EINPresswire.com/ — It is a well documented fact that air pollution is the biggest environmental risk responsible for a reduction in lifespan. As a whole, air pollution worldwide is responsible for a variety of serious health problems. Fortunately, this does mean that if improvements are made in indoor air quality through air filtration, that health can be improved and opposite effects can be said. The European Environment Agency proved this fact recently. In the report that was compiled, the EEA stated its findings that the improved air quality in European countries resulted in thousands of fewer premature deaths in 2018.

What Did the EEA Report Show?

Air quality reports look specifically into the exposure to ultrafine particulate matter and nitrogen dioxide, which of course are two of the most dangerous components of air pollution. Based on death and air quality data, it is estimated that a staggering 60,000 fewer Europeans died prematurely in 2018 than in 2009 as a direct result of fine particulate matter exposure, as well as deaths associated with nitrogen dioxide fell by more than half.

These findings confirmed that even modest increases in air quality were associated with lower premature mortality rates. Over the last decade, many European countries have been successful in significantly reducing levels of both ultrafine particulate matter and nitrogen dioxide. Of the EU member countries surveyed, only six were found to still have ultrafine particulate matter levels above the EU’s guideline limits.

Why There’s Still Lots of Work to Be Done

Although the saving of over 60,000 lives is most definitely a step in the right direction, the 417,000 people that still met their premature death are the figures that need to be focused on and OKTOair are on a mission to lower this with their wellness suite and solutions. We have taken a stride in what is now laid out before us as a marathon. Unclean air is responsible for far too many deaths and there is a solution.

Air filtration is one of the best steps that you can take in the process of reducing your air pollution exposure, especially given that indoor air pollution is 2-5 x worse indoors than outdoors and we spend 90% of our time indoors. This is not going to tackle the issue of outdoor pollution of course, but a good air filtration system in your home or indoor environment, like the ultra discreet OKTOair Intellipure Compact air cleaner, can remove dangerous contaminants from your home or space air and therefore the amount of time that you spend in harm's way is massively reduced.

If you’re living your life in an area that is a heavily polluted one or densely populated city, the pollution from industrial or heavy traffic can make its way into your home or indoor environment. Once they enter the indoor space, the quality of the air indoors then reduces the overall air quality in your home or indoor environment. Not to mention the added toxins and pollutants that are emitted from our furniture, cooking and household products.

If you have any questions about the air filtration system that would best suit your home or indoor space and make sure you have clean and healthy air to breathe in, contact OKTOair to discuss the air purification system that is right for you.