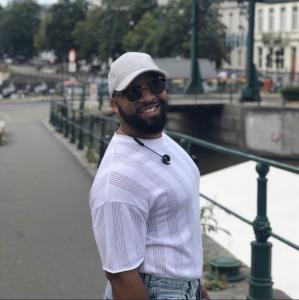 UNITED STATES, July 15, 2021 /EINPresswire.com/ — The Fierce Diva, also known as Michael Reynolds, is a gamer and representative of the LGBTQ+ movement and African American community.

Over the course of the past few years, he gained a considerable following on his Facebook channel. Streaming almost daily, his viewers tune in not only to watch him play battle royale games such as Fortnite and WarZone but to discuss various topics of conversation.

A long time content creator, he sees the negative and toxic side of online gaming and wants his community to experience a safe and accepting space when they watch his livestreams. This is the main motivating factor that pushed him towards this career. As entertaining as gaming is, he saw an opportunity to disrupt the normal scene and create tangible change.

The Fierce Diva understands that many individuals on social media experience bullying or participate in the hostile environment themselves as a result of trying to cope with personal issues and not having the right tools to do so. That is why he undertakes this task to uplift his viewers through comedy and being there for them to talk to. By doing so, he hopes to alleviate the stress that some carry on their shoulders, creating a space where gaming can be a form of both entertainment and stress relief.

His outreach to individuals seeking a connected community led him to secure a well deserved opportunity to become one of the first African American LGBTQ+ Facebook Gaming partners and is representing North American LGBTQ+ streamers for its Gaming Global Pride event, which spotlights the work of some of its industry partners.

The Fierce Diva was selected to take part in the first public test and announcement of the platform’s new Audio Rooms alongside Mark Zuckerberg, Andrew Bosworth (head of AR/VR and creator of Facebook Newsfeed), Fidji Simo (Director of Facebook App), StoneMountain64, and QueenEliminator to discuss their experiences as gaming creators and how they are fostering deep relationships, building brands, merchandise, and much more.

“I really enjoyed our session today. Thanks for sharing your experiences in our first ever live audio room, and for building such a great community!” responded Zuckerberg.

Giving back to the community is his mission at heart. Orchestrated by himself, The Fierce Diva created two charity events, raising $12,000. One for the Coalition of African American Facebook Gaming streamers for Thurgood Marshall Fund ($4,000) which is dedicated to transforming the lives of students at Historically Black Colleges and Universities and Predominantly Black Institutions. The second being the Coalition of Facebook Gaming Streamers for Global Fund for Women ($8,531.24)

“I’m very basic, I love helping people in a very meaningful and tangible way. I don’t want to be someone that simply says what they want to do, but does it in a way that cannot be ignored. I want to create a space that brings people from all walks of life and allows us to leave the noise at the door and connect in a way that doesn’t happen often anymore.I want to build bridges and create a digital agora of social connection revolving around gaming,” says Michael.

He is a breath of fresh air and the rawness he brings to the screen can be felt by anyone. Putting a smile on their faces, he doesn’t plan on stopping anytime soon. The appreciation he has for his followers is unmatched.

“I want to develop a social infrastructure that challenges my audience to do better, be better and treat others better, while also depending on them to hold me accountable when I struggle to succeed in this vision” he adds.