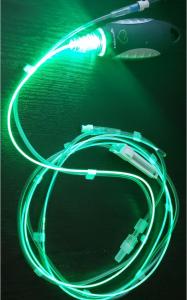 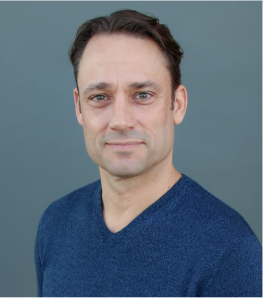 ATLANTA, GEORGIA, USA, November 19, 2021 /EINPresswire.com/ — Lightengale, an innovator in intravenous tubing (IVT) systems, announced that it received a $298,000 grant from the National Institutes of Health (NIH) as part of the Small Business Technology Transfer program (STTR). Awarded in September 2020, the STTR program’s Phase I support has enabled Lightengale to study the impact that the Lightengale illuminated system has on intensive care (ICU) nurses in a pediatric environment by addressing the complexity of IVT tracing. The study evaluates nurse cognitive load as well as the time and motion impact of the system. Lightengale is partnering with Atlanta-based Emory University for this research.

IV-line mix-ups are one of the most frequent infusion line medication error events. To avoid error, the primary protocol is to physically trace the lines. IVT tracing is a complex and difficult process, with 7.7% of traces shown to end in line mis-identification1. Line mix-up errors were ranked the third-highest health technology hazard in 2015.

IV medication errors lead to an increased rate of adverse events, with increased risk of serious or fatal harm in pediatric and neonatal ICU patients due to the complexity of medication dosing calculations, dilution of stock drug solutions, immaturity of renal and hepatic function, and the limited ability of patients to communicate side effects. With the high-stress and workload environment that ICU nurses face and its potential impact on patient outcomes, Lightengale is designed to help avoid this preventable medical error. Lightengale’s IVT system aims to reduce the complexity of the IVT tracing process by illuminating the entire length of the line to identify IVT quickly and accurately in the ICU.

Lightengale’s IVT system uses fiber optics and LED technology to illuminate IV lines on demand to streamline the IVT tracing process. By illuminating the entire length of the line, nurses can quickly and accurately identify IVT in the ICU. The system is compatible with all infusion pumps and seamlessly integrates with current IVT tracing protocols.

“My son was born with a severe heart condition that required intensive care, and the nurses were superheroes of the time we spent in the ICU. As I watched the nurses trace the lines, which looked like stressful and difficult work, it occurred to me that rather than having to touch every single line, it would be much easier if they could just flip a switch and turn the line on. Lightengale was created to make a difference for ICU patents and the nurses that care for them.”
Hans Utz, Founder and CEO

The goal of the STTR-funded study is to demonstrate proof-of-concept for the ability of Lightengale IVT to reduce nurse workload. The study includes critical care nurse focus groups to explore aspects of current line management practice problems and evaluate the proposed prototype solution. Through simulation comparisons, the aim is to validate whether Lightengale demonstrates a decrease in perceived workload and time-in-motion compared to standard IVT practices.

About the NIH STTR Program
The Small Business Innovation Research (SBIR) and Small Business Technology Transfer (STTR) programs are highly competitive programs that encourage domestic small businesses to engage in Federal Research/Research and Development (R/R&D) with the potential for commercialization. Through a competitive awards-based program, SBIR and STTR enable small businesses to explore their technological potential and provide the incentive to profit from its commercialization. By including qualified small businesses in the nation's R&D arena, high-tech innovation is stimulated, and the United States gains entrepreneurial spirit as it meets its specific research and development needs.
https://www.sbir.gov/about

About Lightengale
Lightengale is an Atlanta-based medical device company on a mission to reduce IVT mix-ups in ICUs, increasing nursing efficiency, reducing errors – and saving lives. Founded in 2016 by innovator and entrepreneur Hans Utz, the Company emerged in response to Mr. Utz’s experience in observing ICU nurses caring for his infant son. As he watched nurses manually trace lines, he was alarmed, conscientious of the complexity, time involved and potential risks. As a formally trained industrial engineer, he recognized a practical solution: if nurses could easily see and distinguish an infusion line from pump to patient, the whole process to identify IVT would be faster and safer. Patient safety demands better solutions. Lightengale is illuminating the way.
https://lightengalehealth.com